Emeritus Life explores the careers and post-retirement life of Emeritus Faculty from the Department of English. In our inaugural feature, we catch up with Dr. Ned Watts, who retired in 2020. 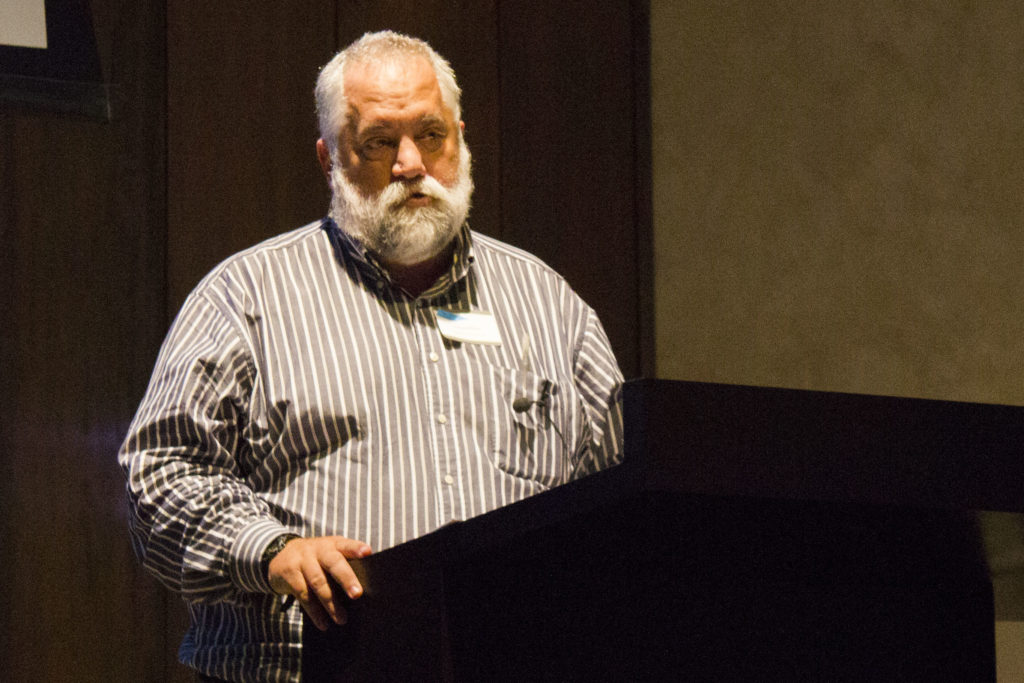 What years did you teach in the English Department?

What are some memorable moments from your English classroom?

Introducing students to texts from places and peoples wholly unfamiliar to their experience: Indigenous Americans, Australians (white and Indigenous), even Michiganians. Students approached these with no preconceived notions or contexts, and so read, listened, and responded with an energetic freshness. After a few weeks, students were responsible for initial presentations of texts/authors/subjects, starting the conversations. What they found necessary to discuss often differed from what I had in mind, and those were the best sessions.

What were your favorite English courses and texts to teach and why?

For classes, Michigan Literature, American Indian Literature, and Australian literature. I always enjoyed IAH 207: “Michigan: The Life and Times of Where You Are.” At the graduate level, I enjoyed “Race and Early American Literature” and “Whitman and his Followers.”

A text I found myself returning to in many courses was Andrew Blackbird’s (Odawa) History of the Ottawa and Chippewa Indians of Michigan People (1887). It’s brief and available online for free, though I understand MSU Press is developing an edition. Blackbird blends tribal, racial, and family history with legend, polemic, and anecdote. Intertribal, intratribal, interracial conflicts are all addressed—an amazing account of the complexity of indigenous experience in the nineteenth-century. He ends with two seemingly contradictory chapters: one urging his fellow Odawa to accept white education and occupations in the Dawes Act, and one urging them to cling to their culture and language, followed by twenty pages introducing their language to white readers. Students always engaged and wrote well about Blackbird. My own reading is in an essay about Blackbird and other 19th-century Anishnabeg intellectuals in The Sower and the Seer (2021).

I was one of the first scholars to apply what is now called Settler Colonial Studies to early American studies in my first book, Writing and Postcolonialism in the Early Republic (1998) and the collection I co-edited with Malini Johar Schueller, Messy Beginnings: Postcoloniality and Early American Studies (2002). The Intro to the latter still gets abut fifteen citations a year. Most of my later book projects were informed by delving into the anxieties in American culture based in its settler identity. Though the taxonomy has shifted over the years, I hope younger scholars can continue to place American writing in a global context by continuing to reframe its complexity in the evolving theoretical frameworks I helped to initiate.

Work on the most recent book with my name on it—Cannel Coal Oil Days: A Novel by Theophile Maher (2021)—was completed just as lockdown and retirement began, though copyediting and proofing carried over into Fall 2020. Maher was my great-great-grandfather, a Sorbonne-educated chemical engineer, who wrote a semi-autobiographical novel about managing, reforming, and running a coal oil plant upstream from what is now Charleston, West Virginia, as the Civil War approached. As it did, he worked with both white Appalachians and local enslaved families to organize abolitionist efforts and encouraging the secession of a free West Virginia from a slave-holding Virginia. As a mining engineer, his protagonist works to preserve water resources and to reduce toxins leftover from oil production. I edited the manuscript from 390 handwritten pages on stenopads from 1887 through blind peer review and production by West Virginia University Press. More recently, I’ve been doing a lot of manuscript and book reviewing and still serve on the editorial board for Early American Literature, the leading journal in my field.

My current book project—tentatively, The Indian Hater in American Life, Legend, and Literature, 1760-1860—was started in 2006, but was shelved as I took up Colonizing the Past (2020) and other projects (like being Undergrad Director!). Earlier this year, I returned to it and am about one third done. It addresses textual representations of a very specific historical phenomenon: white men who vowed and initiated racial vengeance against ALL indigenes for familial deaths resulting from settler invasions of frontier spaces. The upper-case H distinguishes them from ordinary racists. Over seventy versions of the story exist. Authors who addressed it range from Benjamin Franklin to Herman Melville. Themes of toxic masculinity, PTSD, hate crimes, the gothic, and atavism interact with my usual interests in settler nationalism and frontier indeterminacy.

What do you look forward to having time for in retirement?

More time for family and friends. Now that my older son (severely disabled) has been graduated from educational services and lives in a group home, I spend about three days a week with him. I’ve also been able to spend time on the family land in Allegan County and to re-cultivate many old friendships there from before my career really began.

What are you reading right now and would you recommend it and why? What’s next on your list?

I alternate between recreational and “serious” texts. Recreationally, I’ve been reading two things: first, series in sequence. Normally, you read these as they come out, once a year, but reading all of them at once reveals a secondary narrative and continuity. For Michigan writers, Loren Estleman’s Detroit mysteries or Bryan Gruley’s Starvation Lake and Bleak Harbor series, or, even more locally, Stephen Mack Jones’s August Snow books. Also medieval historical fiction: Sharon Penman’s series on the Angevin Empire and Ken Follett’s Kingsbridge series. As to more literary texts, Robert Jones Jr.’s The Prophets was the best book of 2021 that I’ve read. As an early Americanist, I cannot recommend it enough. Intersections of race, history, queerness, memory.