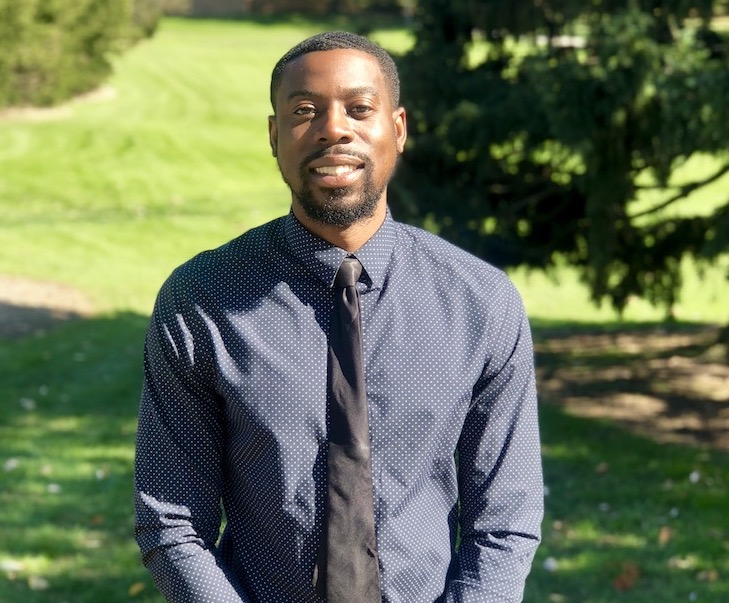 Lamar Johnson, Assistant Professor in the Department of English, received the 2018 English Journal Edwin M. Hopkins Award for his scholarly article, Loving Blackness to Death: (Re)Imagining ELA Classrooms in a Time of Racial Chaos. The award, presented to Johnson on November 17 at the National Council of Teachers of English (NCTE) Convention in Houston, Texas, recognizes outstanding articles published in English Journal during the previous year.

Loving Blackness to Death describes how racism has seeped into English Language Arts (ELA) classrooms, affecting the way Black students view themselves and experience the world they live in. ELA lesson plans include texts that are predominately written by White people and focus on White experiences and perspectives. These texts often depict Black people as thuggish, violent, subhuman, and uneducable, which helps shape the beliefs students have about Black lives, voices, and perspectives.

“Before I was a teacher or professor, I was a Black child, so I know what it feels like to sit in classrooms where your humanity is dehumanized, where you are being unheard, and where your body is being unseen,” Johnson said. “I understand these experiences, so when I entered into my own classroom, I knew the type of teacher I wanted to be. I knew I wanted to include texts that made my students feel seen.”

When I entered into my own classroom, I knew the type of teacher I wanted to be. I knew I wanted to include texts that made my students feel seen.

Johnson’s article discusses what it would look like for ELA classrooms, English education, and the field of Literacy Studies to love and value Black voices and lives during a time of racial chaos.

“For me, this is an ongoing process,” Johnson said, “but my overarching goal is to help raise racial consciousness and awareness and show what it looks like to teach Black and Brown students.”

The exclusion of Black literature in ELA classrooms, the devaluation of Black Language, and the dehumanizing language used in literature all enforce systems and beliefs that endanger Black lives outside the classroom. This symbolic violence Johnson recognized in English classrooms prompted him to ask, “Can we really love Black people to death in a society that is filled with hate and racial apartheid, and if so, what does that look like?”

The article prompts teachers to reconsider their own pedagogical practices and the ways in which they contribute to the symbolic violence that harms Black students.

“Because of their whiteness and privilege, White teachers will inherently play into racial systems,” Johnson said. “But how do they begin to push back against those systems and do work for the greater good?”

Johnson’s article offers solutions for ELA teachers such as the inclusion of Black literacies in their curriculum to counteract the symbolic violence that dehumanizes Black lives.

“Whenever I teach English, I create a text set. Within that text set are different genres such as literature, adolescent novels, music, poetry, and artwork that all center around Black voices,” Johnson said. “My article addresses teachers to think about where they stand in cases of racial injustice because we are all implicated in those experiences. Teachers have to reimagine a world that doesn’t yet exist, but a world that has yet to come.”