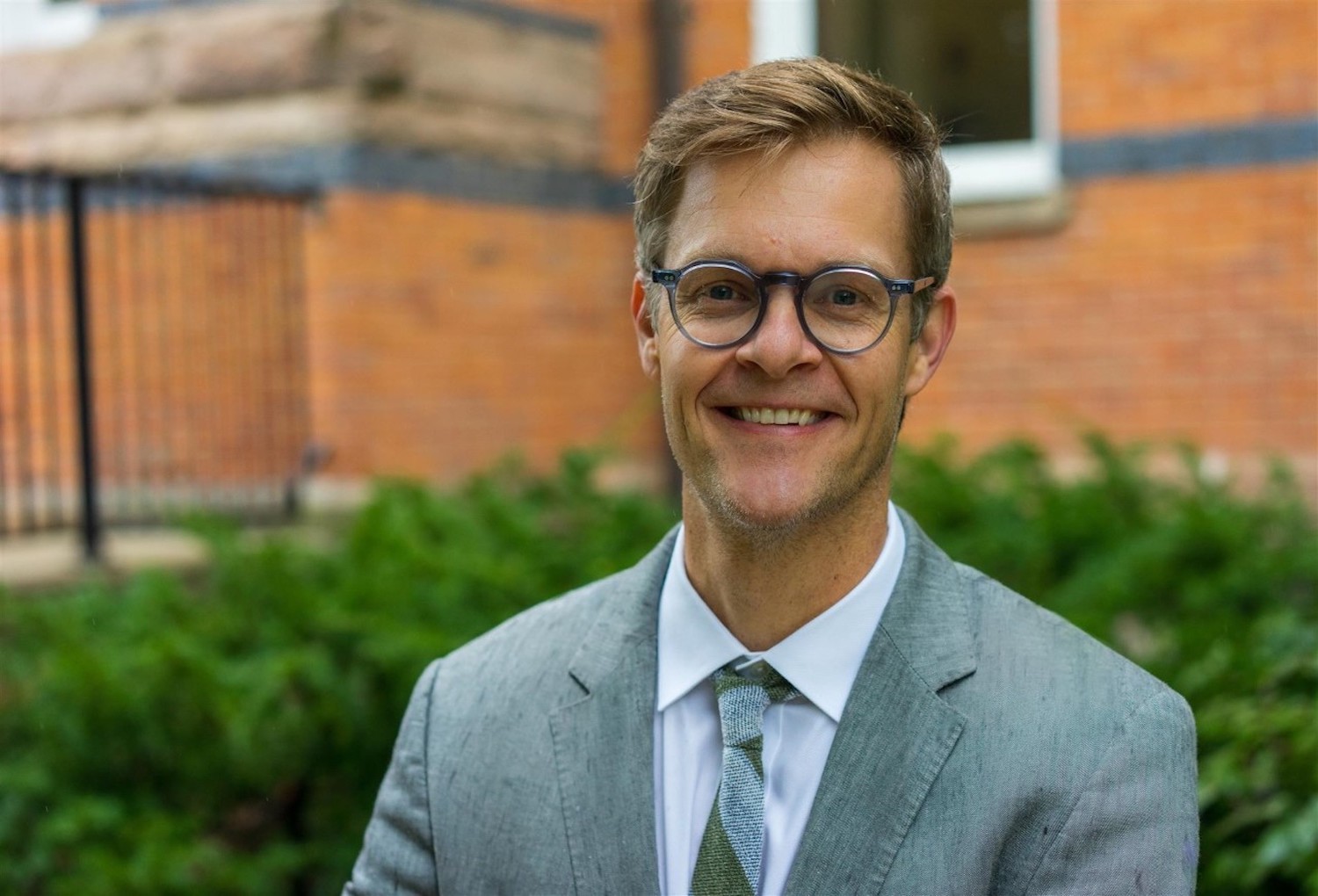 Professor Justus Nieland has been named Chair of the Department of English, effective October 1, 2019.

Dr. Nieland joined the Department of English as an Assistant Professor in 2002. He was promoted to Associate Professor in 2008 and to full Professor in 2014. During his 17 years with the department, Nieland has been actively involved in its research, teaching, service, and outreach missions.

“I believe in this department and am inspired by my colleagues,” Dr. Nieland said. “I also believe that we are in the midst of a truly transformative period in our departmental culture. I welcome the opportunity as Chairperson to advance that exciting process and advocate for our faculty individually and as part of our collective mission.”

Since the fall of 2017, Dr. Nieland has served as Associate Chair for Graduate Studies in the Department of English. In that capacity, he was responsible for the curriculum of the graduate program and for the intellectual development, professional training, and job placement of the department’s M.A. and Ph.D. students.

“It is an immense privilege to teach and mentor graduate students,” Dr. Nieland said, “and I take this responsibility very seriously, especially given the changing realities of the academic job market. Providing an expansive mentoring network for our students has been and will continue to be essential to their success.”

A key initiative of the English Graduate Program over the last two years has been the creation of the MUSE (Mentoring Underrepresented Scholars in English) Program, an annual mentoring workshop for prospective graduate students in English from historically underrepresented groups in the academy. The MUSE program, supported by the College of Arts & Letters through a Doctoral Recruitment and Retention Grant from the MSU Graduate School, will host its second annual cohort of MUSE Scholars to East Lansing October 16-20.

I also believe that we are in the midst of a truly transformative period in our departmental culture. I welcome the opportunity as Chairperson to advance that exciting process and advocate for our faculty individually and as part of our collective mission.

JUSTUS NIELAND, CHAIR OF THE DEPARTMENT OF ENGLISH

“It’s been a pleasure to work with Dr. Yomaira Figueroa and our terrific colleagues to recruit and mentor a more diverse graduate student body, and to cultivate together a more inclusive environment for our students,” Nieland said.

Dr. Nieland also has been actively involved in nurturing intellectual community in the department, inaugurating the Department of English Research Workshops in 2017. The workshops bring faculty and graduate students together around shared intellectual and pedagogical interests. This annual series of thematically organized workshops is an organic reflection of current and emerging research interests in the department, and each workshop is co-organized by faculty and advanced graduate students. This year, the department is running three workshops: “Feminisms, Genders, Sexualities,” “Hives: Disability Studies, Animal Studies, and Popular Culture,” and “Graphic Possibilities: Critical Approaches to Visual Narratives & Engaged Pedagogies.”

Dr. Nieland’s own scholarly expertise lies in Anglo-U.S. modernism and film and media studies, and his recent work has been focused on the intersection of film history and modern design history at midcentury.

His fourth book, Happiness by Design: Modernism, Film, and Media in the Eames Era, will be published this December by the University of Minnesota Press. The book explores the transformations of modernism at midcentury through the film and media experiments of the designer, a profession with a new global prestige and world-historical mission in the Cold War period. The book’s presiding figures are the celebrated U.S. designers and filmmakers Charles and Ray Eames.

Dr. Nieland’s previous books include: David Lynch (2012), Film Noir: Hard-Boiled Modernity and the Cultures of Globalization (2010), co-authored with Jennifer Fay, and Feeling Modern: The Eccentricities of Public Life (2008). He also is co-editor of the Contemporary Film Directors book series with the University of Illinois Press.

Justus has demonstrated an ability to build and sustain a culture of trust, inclusion, and accountability among our diverse students and faculty.

CHRISTOPHER P. LONG, DEAN OF THE COLLEGE OF ARTS & LETTERS

Trained both in the disciplines of literary studies and film studies, and with a range of interdisciplinary interests, Nieland is looking forward to leading a large department with  diverse faculty research agendas. “As an object of study today,” Nieland observed, “literature is more urgent, multivocal, inclusive, and its boundaries more productively unstable, than in the past. We need to argue for literature’s value, both to our students, and to the variety of audiences and publics we engage together.”

Dr. Nieland earned his B.A. from Grinnell College, and his M.A. and Ph.D. in English Literature from Indiana University—Bloomington. He received the Donald J. Rosenberg Award for Excellence in Teaching in 2012.

“Professor Nieland recognizes that we are at a pivotal moment of culture change at the University that requires caring and imaginative leadership at the department level,” said Christopher P. Long, Dean of the College of Arts & Letters. “During his tenure as the Associate Chair of Graduate Studies in the Department of English, and over the course of his career as a Professor of English, Justus has demonstrated an ability to build and sustain a culture of trust, inclusion, and accountability among our diverse students and faculty.”

“The Department of English has established itself as a catalyst of culture change under the leadership of their outgoing Chair, Cara Cilano, who now serves as Associate Dean of Undergraduate Education in the College of Arts & Letters. I am grateful for the commitment Justus has made to join our College leadership team as we work to establish a new model for a more caring and supportive academic community.”

Nieland says he “looks forward to continuing the wonderful work done by former Chairperson Cilano, and to working with all of our colleagues to chart a public-facing future for the Department of English.”

Examining the Power of Pop Culture to Shape Perception, Issues, and Trends