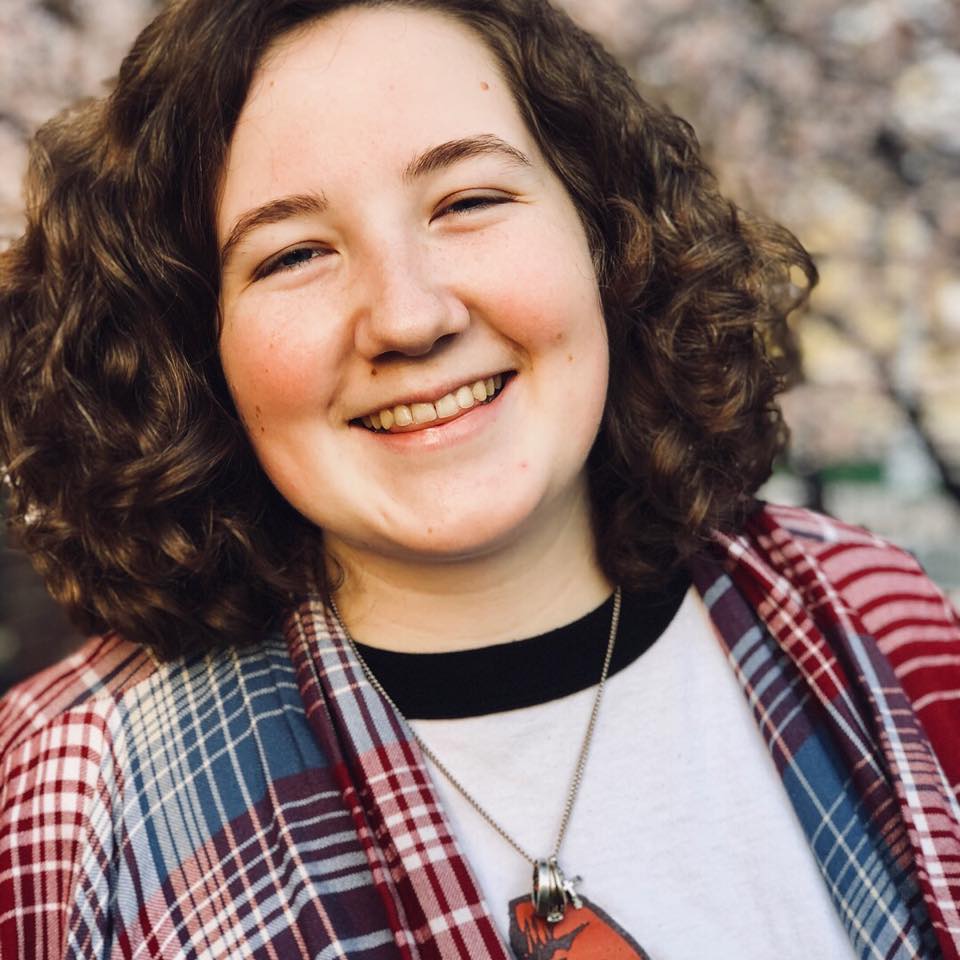 When she first started working at the lab in the fall of 2017, Jaroszewicz assisted other students and faculty who needed an extra hand with their experiments. Schmitt then asked her this past January what she wanted to work on. As an English major, Jaroszewicz thought about books, and more specifically, children’s books.

“A lot of children’s books are marketed under the guides of number of words, new words, and vocab. That’s what determines their reading level,” Jaroszewicz said. “That’s not exactly meaningful linguistically, it’s not the number of words that make a book linguistically complex, there’s lots of different things, like the use of pronouns, which always requires the hearer to work a bit more because they have to find the referent for it in the discourse. The same is true for other aspects of the linguistic system.”

Jaroszewicz, with the help of Schmitt, began by observing and comparing the reading levels assigned to a book by the Scholastic Developmental Reading Assessment (DRA) and a number of linguistic properties in children’s books. The DRA is an assessment of a child’s reading capabilities that is used by instructors to identify a students reading level, accuracy, fluency, and comprehension.

“We found that there wasn’t much correlation between reading level of the book and level of use of pronouns and other properties,” she said. “There were some books meant for first graders that had dozens of cases of third-person pronouns, some quite difficult to interpret. And then books that were meant for third graders with only five or so.”

Now, less than a year later, Jaroszewicz is the team leader of a team that also includes graduate students, with the assistance of Schmitt, in her research.

“I didn’t know much [about linguistics] when I came in, Cristina put me in charge of organizing the people in the project which included grad students — people who know a lot more about linguistics than I do. But everybody in the lab have been so welcoming and helpful with my research and answering any questions that I have,” Jaroszewicz said. “And they even take direction from me and listen to where I want to go with the research.”

Jaroszewicz and Schmitt are now in the early stages of the next phase of their study.

“What we’re doing now is examining the conversations between children and mothers and trying to see if the pronoun use in children and adults changes with development or not to what we see in children’s books. Then, we will examine how child and mother interaction during book reading activities. More specifically how mothers help — or not — with pronoun interpretation,” Jaroszewicz said.

As she continues on with her research, Jaroszweicz reflects upon how much she has learned about linguistics in her experience with the lab and how that impacts her daily life. Her experiences in the Language Acquisition Lab also have led her to pick up a minor in Linguistics, where she is learning the basic principles of language.

“Knowing more about linguistics has made me think a lot more about language and why people say things that they do and language norms. It’s less about what people say and more about why people say it and where that comes from,” Jaroszewicz said. “[Linguistics] works its way into other aspects of my life that I wouldn’t have expected it to. It is an interesting conversation starter.”

English Graduate Honored for Her Work