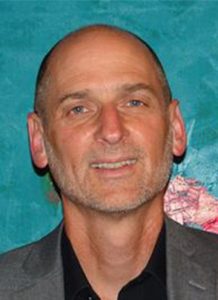 Stephen Arch is the author of two books: Authorizing the Past: The Rhetoric of History in Seventeenth-Century New England and After Franklin: The Emergence of Autobiography in Post-Revolutionary America, 1780–1830. His scholarly articles have appeared in Early American Literature, Studies in American Fiction, The William and Mary Quarterly, and elsewhere. In 2015, he published a critical textual edition of James Fenimore Cooper’s 1838 novel, Homeward Bound (New York: AMS Press). He will published a second critical edition of a Cooper novel, Home as Found, in 2021. He serves as Associate Lead Editor of The Writings of James Fenimore Cooper.

Arch’s current research interests include gothic literature, scholarly editing, and the literature of sports. He is co-editing a collection of essays on teaching Cooper’s novels (for the Modern Language Association), and will soon begin editing Edith Wharton’s short stories for the Oxford edition of the complete works of Edith Wharton. He served as Department chair from 2007-2012, and as associate chair from 1998-2003 and in 2006. He was a Fulbright scholar in the Netherlands in 1996.