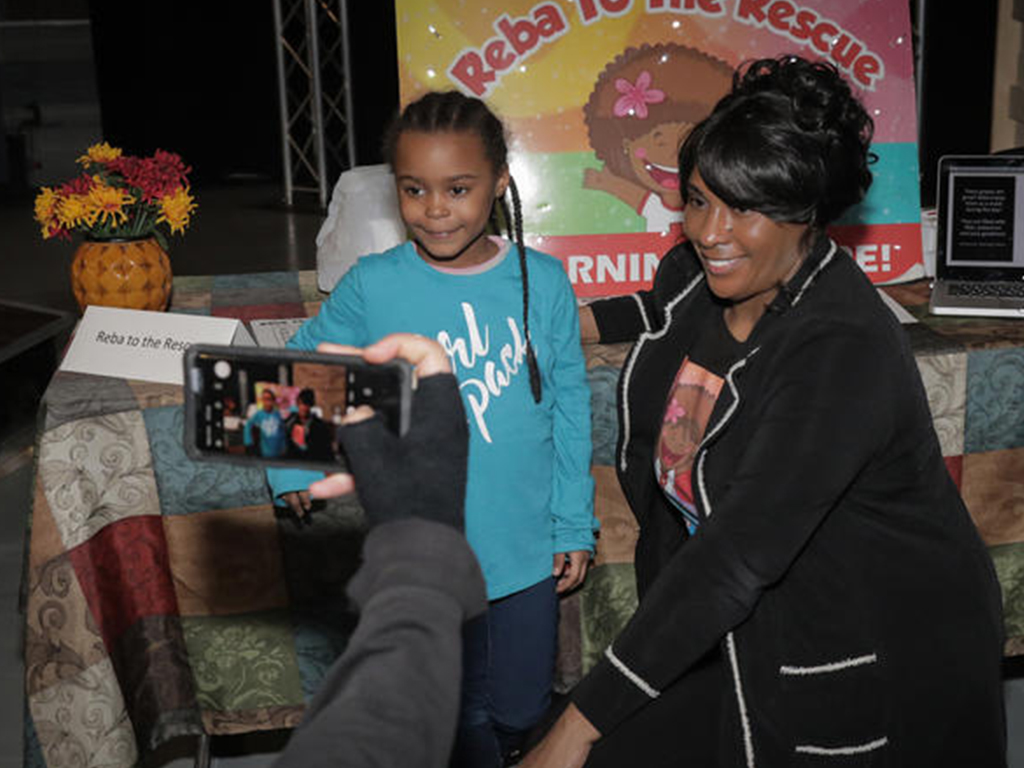 “When you’ve done all you can do, and you’re feeling down and maybe blue…” Have no fear, because there is Reba to the Rescue!

Reba to the Rescue! is an online-based video series that airs on WKAR television during PBS Kids programming on weekdays and weekends. Cicely C. Mitchel, who graduated from Michigan State University with a B.A. in English and concentrations in Education and Theatre, is the creator and voice behind this animated children’s show, which follows Reba on fun adventures as she helps her friends and family with various tasks such as recycling and homework.

The original idea behind this digital series emerged from Mitchel’s time as a preschool teacher, nanny, and when she was a student at Michigan State University.

“I wanted a learning endeavor that was online and based upon me wanting to help others as a young girl,” Mitchel said. “Michigan State also played an integral part in Reba. So, from film writing to scriptwriting to education, it all kind of meshed well to formulate Reba.”

“I wanted a learning endeavor that was online and based upon me wanting to help others as a young girl. Michigan State also played an integral part in ‘Reba’.”

Cicely C. Mitchel, creator and voice behind “Reba to the Rescue!”

It would continue to mesh well for Mitchel when a parent who was a fan of the show encouraged her to pitchReba to the Rescue! to WKAR.

“The breaks between our regular kids programs allow WKAR TV an opportunity to showcase diverse educational pieces,” McCune said. “It’s even better if the featured educational content is made locally by Michigan creators.”

Mitchel recently attended the fourth annual PBS Kids Day at WKAR, where she greeted fans of the show and introducing Reba to new viewers and their families.

“What a full circle,” Mitchel said. “Graduating from Michigan State and then having my baby a part of the lineup here at WKAR.”

To learn more about Reba to the Rescue! and to watch the latest videos, visit rebatotherescue.com or follow the show on Facebook @RebaToTheRescue

(Originally posted on WKAR)
(Top photo of a “Reba” fan posing for a picture with Cicely C. Mitchell, the creator and voice behind “Reba to the Rescue!”)